Only 2 left in stock

In 1851, an American marine artist from White Plains, New York named James Bard, painted one of his most noted works of art, America. The painting depicted the 19th-century racing yacht which was the first winner of the America’s Cup international sailing trophy. Competing against seven schooners and eight cutters, America started the race behind because of a fouled anchor. Once underway, the ship quickly caught up and surpassed the other ships winning with an 18 minute lead.

The 2015 Nantucket Santa depicts this legendary yacht on its coat while the anchor is featured as a pattern on his hood. Along the base is a boat’s rope design that compliments the nautical blues and seascape along the back of the coat.
Whether you love art, history, or Christmas, there is no doubt that the 2015 Nantucket Santa brings them all together. 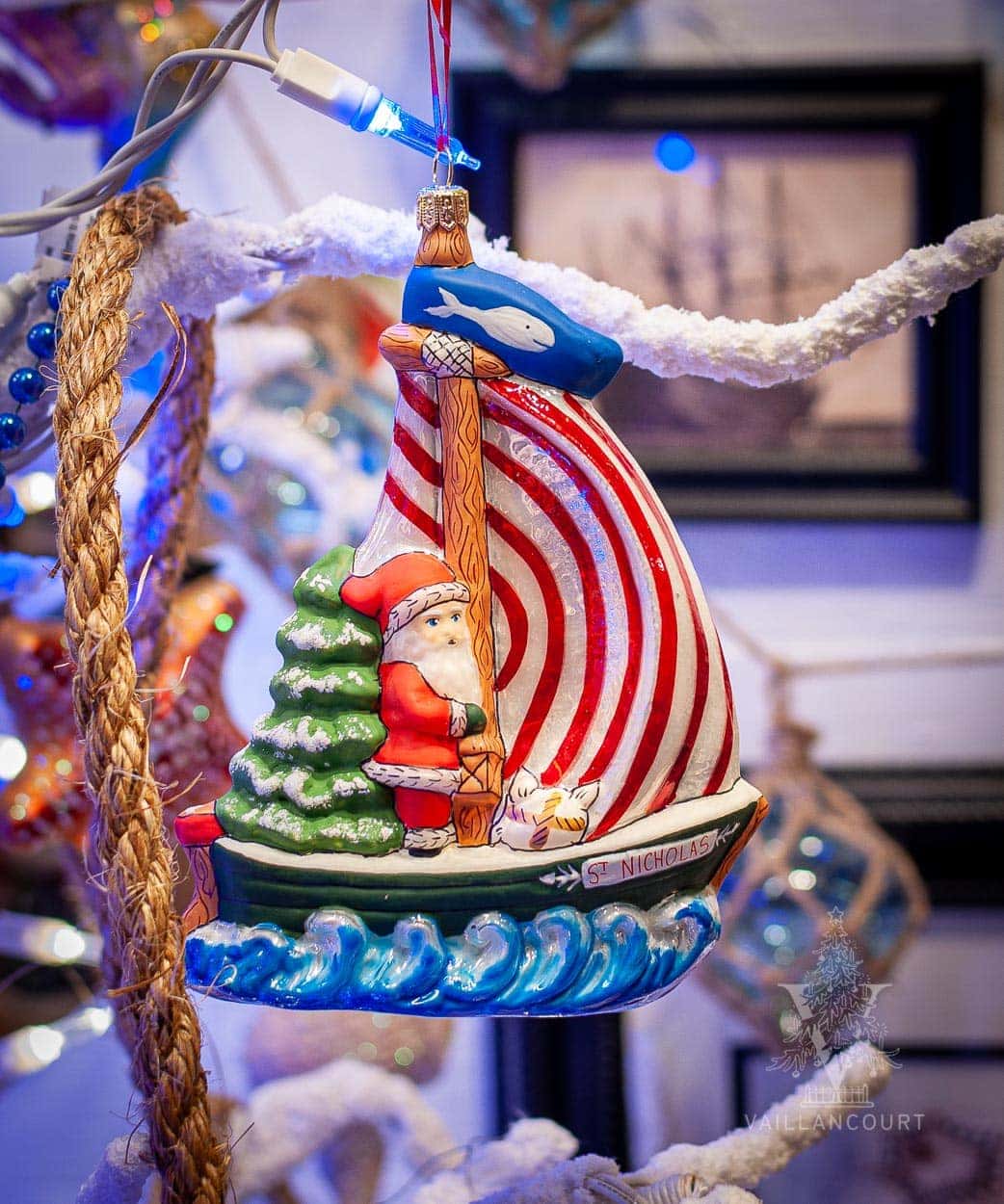 Art for Your Walls